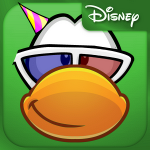 I am a dude from Club Penguin, that is bored.

My penguin is named ShockyDale18, and I became fairly active since the Ultimate Jam took place, I created this account in May 2012, and been active since July 2012, I have quit on this account numerous times. I became more interested in Club Penguin starting on March 2013. I started with not many items on this account because I used my Dalethepro account much more.

Retrieved from "https://clubpenguin.fandom.com/wiki/User:ShockyDale18?oldid=1188262"
Community content is available under CC-BY-SA unless otherwise noted.