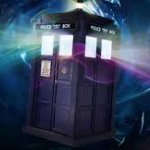 I am a beast wikia user and I try to contribute to the site as much as I can. This site has helped me with all kinds of things on CP so I now return the favor.

I like Club Penguin and I don't know if my penguin is rare but all I do know is I've played it for a long time. I've got items from 2009 to present so just hit me up or whatever on the CP wiki chat if you want to talk. I will listen to whatever you have to say.

My penguin is a multi-personality penguin who can be anyone he wants and whenever he wants. That's how he rolls and continue to roll that way. He's also a master of Card Jitsu and it's elements so he can make you some hot sauce pizzas, serve you a couple glasses of water, and get you some ice cream at the speed of a Hydro Hopper so be ready! He's rich all the time and looking underwater for some sunken pirate treasure. He's a pirate on the high seas when he wants and other times he's a royal prince of the Kingdom of Club Penguin.

Replace this seciton with some userboxes so people know more about you! You may find some key infoboxes here.

Retrieved from "https://clubpenguin.fandom.com/wiki/User:SimiComstock?oldid=1074709"
Community content is available under CC-BY-SA unless otherwise noted.