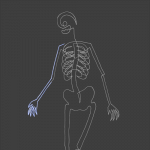 My penguin name is Tajien Blue; I made my Club Penguin on September 20th, 2006 but didn't start actively playing until late October of 2006. I was a very active player up until November of 2009 when I decided to take a break from Club Penguin, and the internet all together, and I just recently returned in late 2013!

The first party I attended on Club Penguin was the 1st Anniversary Party. Throughout the years I've attended many Club Penguin parties but the few that stick out in my mind the most are the Halloween Party 2006, Christmas Party 2006, Festival of Snow 2007, April Fools' Party 2008, Music Jam 2008 as well as the 4th Anniversary Party. Overall, the Halloween parties have to be my all-time favorite because I love the atmosphere and dressing up!

I'm a super shy person but I absolutely love making new friends and I visit multiple servers everyday to meet and make new friends. The servers I tend to go on often are White Out, Iceberg and Flurry.

Whenever I'm online I always have one of my white puffles with me, Lulu or George, and you can almost always find me hanging out in the Ski Lodge, playing find four and chatting with friends!

Retrieved from "https://clubpenguin.fandom.com/wiki/User:Tajien_Blue?oldid=1673295"
Community content is available under CC-BY-SA unless otherwise noted.