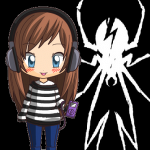 Hello and welcome to my userpage!

Well... I have school problems and stuff but yeah... I'm bored - which happens A LOT... yea lol. If you want to know how I learned about CP, I THINK I've written about it below... not sure because I hardly ever read what I write so sorry.

This is all about me - Wiki-Style!

Waddles61220, sometimes known as Waddles, is a rare Club Penguin user. She is interested in drawing, rock music and helping others. She is well-known for her talent for randomness and hopping to different servers every five minutes or so.

Waddles61220 first created her account on December 20, 2007. Since that date she has been collecting rares, having fun and throwing thousands (possibly millions) of snowballs. She is called 'Waddles61220' because in the days when she played Penguin Chat, that was her Penguin Name.

When she first joined, Waddles didn't have any idea what a Pin was! Luckily Laffin Lowd showed her around the game and introduced her to them.

I also like doodling stuff. I draw chibis and realistic stuff. But drawing animals is easier lol. Someday, I might post some of my drawings here!

Coming soon to a userpage NEAR YOU!!!

Retrieved from "https://clubpenguin.fandom.com/wiki/User:Waddles61220CP?oldid=1200312"
Community content is available under CC-BY-SA unless otherwise noted.