Lilonow goes on Portugese servers, make some videos and create plays on CP, just like "travel in time", "mythbusters", "go camping"... Lilonow really feels comfortable where he's with friends, so he can tell jokes and really be what he is. No clue why he wrote it in third person.

Some of my best Artworks. I had one that was featured on CP's Fan Gallery 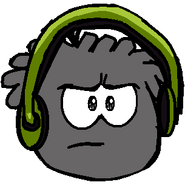 Me
Add a photo to this gallery

Retrieved from "https://clubpenguin.fandom.com/wiki/User:Wolriefield?oldid=1760587"
Community content is available under CC-BY-SA unless otherwise noted.