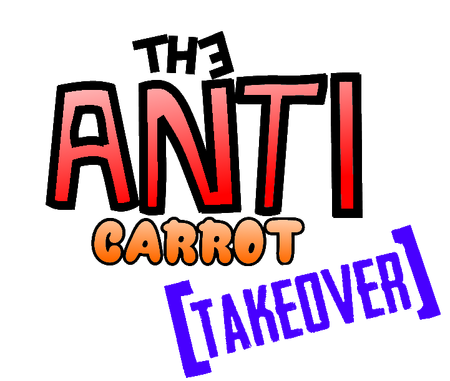 Please read this before you continue please.

Warning, Violence and Awesomeness ahead. Don't say I didn't warn you.

Fuzzy was drawing a picture of a llama climbing on a ladder when he heard a strange sound outside. He decided to investigate. He went outside and saw nothing but a blue sky. He turned around and saw a note stuck to his door. It was in binary code. Confused, he asked his fellow m8s on chat, and in the middle of typing his message, a loud thud occured behind him. He accidentally closed chat, and immediately looked behind him. He saw Evil, bloody eyes and all, staring at him with a menacing grin.

Fuzzy put up a fight, of course. He kicked and screamed and yelled for help. But he was no match for Evil. Evil grabbed him and threw him at the wall. Fuzzy crawled towards the door, but Evil smashed his laptop on Fuzzy's head. He then ate a cookie from his Spoderman lunchbox that his great Granny Smith packed for trip. Afterwards, Evil punched Fuzzy repeatedly until he was unconscious.

"W-w-where am I?!" Fuzzy yelled. He recognized this place. It was Evil's lair. "Not this again. Is this going to turn into some kind of series?" Fuzzy looked at Evil.

Evil's appearance had changed since our hero last saw him. He was more bulkier, and half of him was part cyborg. He saw radar scanners along his chest, and lasers and weapons along his arms and body. "Like my new look? I knew you would. After our last encounter in May/June, I realized my clone died. Luckily, I was still alive! :D"

Welcome to the Anti-Carrot Takeover III! I will present you the activities we will do that lead to Fuzzy's death! All of my minions will receive an unlimited amount of pie/cake/potato/anything! :D

December 17: We will have a party in CP to celebrate Fuzzy's wikiversary, too bad he'll die soon! (more info on that in a diff post)

December 20: Figure out who is a friend and who is a foe; Collect the third blueprint.

December 22: By now, we should have the wiki at our side. Make sure we have as many minions as we can.

December 23: Create the invention that will change history.

December 24: End Fuzzy, once and for all.

Remember to check this blog every day for each event we will do that leads to Fuzzy's execution.

Please join our side! Fuzzy was a nuisance and always will be! If you do not join, you will regret it. You will be put on the list that decides who will join Fuzzy in the execution. Did I mention we had potatos?

The first and second blueprints

Fuzzy was squirming on the table he was strapped to, when Evil came into the room. "DARN IT! I can't find the bluprints for my invention! Where did I put them at?!" Evil said to himself. He then looked at Fuzzy. "YOU TOOK THEM, DIDN'T YOU?"

"How could I have took them? After all, I am strapped to this chair," Fuzzy told Evil. "Good point." Evil opened all of his cabinets and slammed them shut. "WHERE ARE MY BLUEPRINTS!" he yelled. Evil suddenly remembered. He gave his blueprints to Darien, one of his minions. He ran to the working room, where all of his minions were grabbing piles of carrots and throwing them into the pit of acid. "DARIEN!" he called. "Right here, sir," Darien ran straight to where Evil was at. "Where in the world are my blueprints I told you to keep safe?" Evil asked. "Oh, they are at my working desk, sir. Follow me," Darien said. Evil and Darien walked to where he put them at. Evil saw nothing. "Erm, they were just here," Darien said.

"You mean they aren't here?!" Evil shouted. His breath stank of his famous ghost pepper smoothie. "Um, I...no they are not, sir," Darien exclaimed. "WHAAAAT?!" Evil screamed. Evil then grabbed Darien by the neck and threw him at the wall. "STOP, PLEASE!" Darien cried out. Evil continued. He punched Darien, stood him up, and uppercutted him. Darien went flying and landing right by the pit of acid. "EVIL, PLEASE! I DON'T KNOW WHERE THEY WENT!!" Evil hovered over him. "I'm really not sorry for this," Evil whispered. Evil grabbed Darien and kicked him into the Pit of Acid. His body sunk into the bubbling acid, sucking all of the life out of him.

Evil's minions saw what happened, and they worked harder. Evil went into Fuzzy's room, and yelled at nothing. The walls trembled, and the roof collapsed. He saw something in the wastebasket, and picked it up. It was Blueprint #1. He had 3 more blueprints to find. He walked back into the working room. Breathing heavily, Evil went up to Homsar. "Do you have any idea who stole the blueprints?" he asked Homsar. "Well, I did see a fuzzy blue figure walk here. He was munching on something, as well. I didn't take action, as I was too busy working," Homsar told Evil. "Thanks for the info," Evil said.

He inspected Darien's working desk, and saw cookie crumbs. "I know just who stole them," Evil muttered. He walked a long way to cookie monsters house, and beat the living daylights out of him. He only found Blueprint #2, though. "This is gonna be a long takeover," Evil said to himself.

the third and final blueprints

After the previous events, Evil still hadn't found the other blueprints. He walked out of his lair, and went to Mcdonalds. He saw a figure watching him at another table. He continued eating, and the figure was still watching him. The figure was wearing a dark brown coat, and had a fedora on. He(?) also had orange glowing eyes.

Nervous, Evil started for the door. "HALT!" the figure suddenly said. Evil stopped, and turned around. He saw the figure flying up in the air, and had a mysterious white glow around it. Evil's surroundings were still, and time was suddenly stopped. Everyone was frozen, excluding Evil. "Who are you?" Evil asked, with a faint trail of fear in his voice. "Why, I am one of the carrot gods! My name is Storrac, and you seem to have kidnapped one of our people. Please hand him over immediately," Storrac kindly asked. "Why should I?" Evil replied.

Storracs eyes suddenly filled with anger, and his hands lit with an orange glow. "GIVE HIM TO US, YOU LITTLE FIEND!" Storrac used his hands to shoot an orange beam into the sky. It traveled through the sky so that everyone could see it. "Never, he is my minion that will die in 2 days!" Evil confidently said. "Whatever you say," Storrac said. Time suddenly started again, and everyone saw the encounter. Screaming, they all ran out of the place.

at Storrac. He got hit, and fell to the ground. Evil ran up to him, and punched him in the gut. Storrac tried to fly away, but his wings weren't working. Evil started to kick him, but then started to hear footsteps. He looked behind him in shock. He saw a gang of carrot angels, with a variety of weapons. They had a carrot nunchuck

Evil gasped, and the swordsman charged at him. He swung and sliced as hard as he can, but missed. Evil ran and dodged all of his swings. The nunchuk angel ran up to him and started to attack. Evil was hit, but continued running. The archer shot 6 rapid carrots at Evil, who got shot by one of them. Evil fell, and saw Storrac walk up to him. "You cannot win, and you know it. When have you succeeded in a plan to kill Fuzzy?" Storrac snapped his fingers, and the three carrot angels came up to him. Storracs eyes suddenly lit up, and he laughed maniacally.

The swordsman raised his blade, ready to slay Evil. Evil rolled out of the way, and stood up. The angels and Storrac were alarmed, and all attacked. Evil pressed his emergency button, and let magic happen. Storrac and his angels suddenly started floating, and had no idea how to stop it. They started sweating, not because of them being nervous, but because of the heat. They were the only one that felt the heat, however. They started screaming, and tried to get down. They then melted into a puddle of blood, chunks of flesh, and bones.

He saw something in Storacc's blood. It was the last two blueprints...

Evil is back in town, in just the right time to ruin Christmas!

Retrieved from "https://clubpenguin.fandom.com/wiki/User_blog:FuzzyHamster/The_Anti-Carrot_Takeover_III?oldid=1523640"
Community content is available under CC-BY-SA unless otherwise noted.