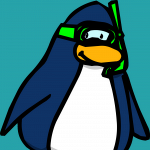 Thanks for the help renaming the Ultimate Proto-Bot 10000 page. I owe you one! 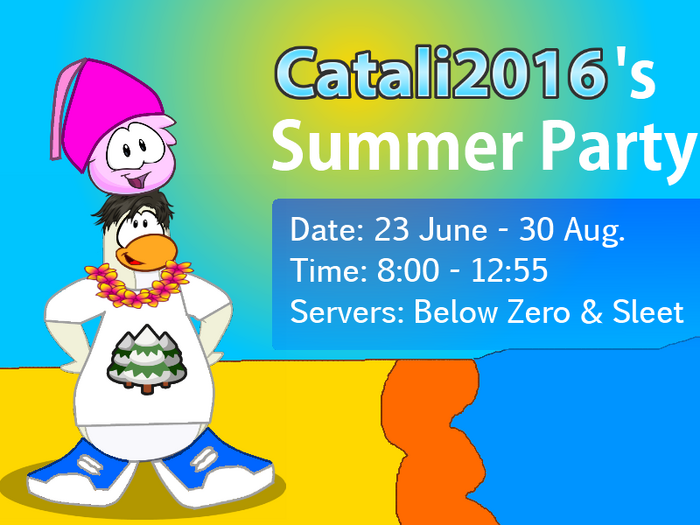 OP is a llama!

How do you know that person didn't hack for it? -Bongi6

I need help renaming the protobot page to Ultimate Protobot 10000. Im pretty sure that that is the official name not "Ultimate Proto-Bot 10000".

Here are this weeks cp updates: http://clubpenguin.wikia.com/wiki/User_blog:Cool_Pixels/Club_Penguin_Updates:_12th_June_2014.
Thanks :)

Here are this weeks cp updates: http://clubpenguin.wikia.com/wiki/User_blog:Cool_Pixels/Club_Penguin_Updates:_12th_June_2014.
Thanks :)

Agent Unknown - You have to know the truth

Hello, Kallie Jo. I'm Omegasonic2000. I've seen a reply from you (talking about me on my back, which is something I don't like) on Agent Unknown's wall. I've checked your archives, and he's only told you HIS version of the story. Even if it's now solved (AND I DO NOT WANT TO RESTART THE CONFLICT IN CASE UNKNOWN READS THIS), you have to know what truly happened:

Until the part where I talked to Cool Pixels, it is true. But I just asked him about why did his raps (that, at the time, had no rhymes, which is what a rap needs) gain so much popularity when the raps were not correct, and my "action and suspense filled story" (as I described it) had almost no one. I never had any bad feelings towards him. However, as I didn't specify the reason of my question, Unknown took it as a challenge, and challenged me to make a Rap Battle. When I accepted and did the rap battle, he started ranting and insulting me (which leads me to the conclusion of Unknown never expecting me to accept), arriving to the point of calling me "idiot" and saying I'm a bully, both in my wall. Sure, I lose temper sometimes (which is why I (MIGHT HAVE) said some mean things to him), but I don't really have any bad intentions, neither then, nor now. Then, he told you what I've seen he told you (on HIS version), and you replied. Today, I've seen it and started writing this message to you.

That is all. Thank you for listening and have a nice day.

i went on the chat and froggyfrog was spamming letters there was no mods on chat.

Dear, Kallie Jo you may have seen a report from Agent Unknown reporting: PookieDreamer (That is me) Unknown has reported me because i have continued to swear after being told to stop. First of all I have been through multiple earthquakes (I live in San Francisco) that have stress disorders. And as an American and living in the US I have FREEDOM OF SPEECH. And that means I can say anything I want. And just please don't ban me.

Hey Kallie,
I was wondering if you could use KallieBot to correct the phrases "sneek peak", "sneak peak", and "sneek peek" to "sneak peek". As far as I'm aware, there are not too many of these mistakes, but I feel like the work of your bot would make the task simpler. Thanks,
Jeserator HAIL TO THE REDSKINS!

Hi Kallie,
I've been contacted about TheNintendoKing's block- apparently he claims thathe isn't guilty (see this). I'm not 100% what this is all about. Can you let me know when did it take place and where please?
Penguin-Pal (talk) 15:00, June 22, 2014 (UTC) 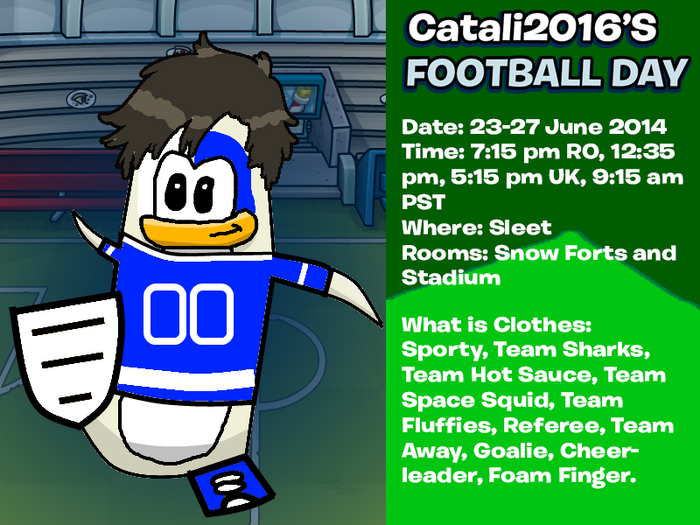 Kallie, I noticed you changed what I put on Rainbow Puffles. I do believe you are the one who put on the White Puffle Page that puffles were from space and could fly. If not, you didn't delete it on the White Puffle page and you kept some of my edits which I am happy to hear. I am trying to make this Wiki better. Anyway, If White puffles can fly, then why did you delete it from the Rainbow Puffle page. Also, White Puffles come from space according to the magazine so technically the Rainbow Puffles are the 5th puffles that are not from Club Penguin. Please reply and tell me why you did that. If there's a good reason I wont argue. I'm trying to make this Wiki better too.

Thanks, you answered my question. :)

I License some of my files. But i don't have time for the others.

Hi Kallie. I'm leaving for vacation in a few hours (probably like 9am EST) and I'll be inactive. I'm returning on Monday, so I'll be active again then. Thanks! P.S. Today's my first wikiversary :D

So, I was banned for false accusations.... just great. Although I did provide a screenshot http://prntscr.com/3x3cr6

Excuse me... but you'd rather believe some little tosser.. great job... I applaud you... trust me... you do not want to annoy me.

A notice to the administration,
I will be absent for the next week or so due to a vacation. Just wanted to give you a heads up. Thanks for your attention,
Jeserator HAIL TO THE REDSKINS!

Wow, that is such a big achievement to make!

Keep up the good work Kallie

Well all appreciate you here on the Wiki

Hey Kallie Jo! Its me Flappy1233! It was an honor of meeting you! I have been your biggest fan and thank you for visiting my Igloo! It was a honor to make you a surprise! Next time, I'll have double surprises for you! See you soon!

I've been trying to trace back to Rockhopper's first in-game appearance, which is believed to be in October 2006. I don't know whether he actually logged in or not. Do you know?

Oh nice! You really have an expertise in bygone history. :) Thanks for clarifying that!

Retrieved from "https://clubpenguin.fandom.com/wiki/User_talk:Kallie_Jo?oldid=1417006"
Community content is available under CC-BY-SA unless otherwise noted.