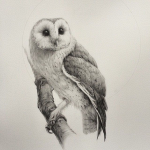 Well,if you thing it's better then do it
~~

http://archives.clubpenguinwiki.info/wiki/Costume_Trunk
From November 2007 Space Adventure: Planet X
Till September 2011 Fairy Fables
On the first page of every catalog there are descriptions which describe every play, can you add those to every play?
once hacker twice banned {{SUBST:samantas}} 13:29, November 15, 2015 (UTC)

Let's date? Meet me in chat.

Welcome to the Wiki!

I appreciate your work rewriting and rewording some of the Wiki's articles. I also appreciate you for leaving those messages on my talk page requesting to delete those unused and un-related files.

If you require any support with anything, be sure to leave myself or another admin a message on their talk page.

Also, it'd be nice if you could join chat to meet us all. :)

The fact itself i added Herbert as a mascot for the party is because the whole event is about Herbert trying to find Klutzy. It has happened before that mascots appear before certain parties, like Gary Appearing before Medieval Party 2013 to tell then Rockhopper gave him the book, or ?????? appearing many months before the Puffle Party 2015 even existed. The fact that he is looking for him now, will make him try to find him later during the party, or else wouldn't make sense make a party about Herbert trying to find Klutzy and he don't appear during it. Since i already told the reasons why, his name will be there until further notice of any moderator or in-game file saying that another mascot will appear, like Gary.

It appears that you triggered some false positives in the abuse filter while trying to edit the Rainbow Puffle page. The reason the filter caught this is that you are a new editor and were removing a significant amount of content from the page. However, I can see that your edit was in good faith and that you were revising and removing some unneeded trivia. I've made a change to the abuse filter that will allow you to make your edit. If you need the text from your edit, just let me know and I can provide it for you.

Sorry for the inconvenience,

Here is the text from your edit.

That's strange. The logic in the filter is correct, but it thinks your editcount is 0 for some reason... I assume it's an issue with Wikia (server caching probably), so I've disabled the filter in the meantime so it doesn't get in your way of editing.

He will be attending the party, because he's asking for help. Look at the Operation: Crustacean page for the source.

Seriously? Have you NOT looked at the source page? The scripts says they're active. As said in my last message; LOOK AT THE SOURCE.

To be honest, dude, I agree with your compromise, but I'm not the one who put that source there. Go talk with Watatsuki about the source, he has all the knowledge of the party itself.

First of all, could you not indent the messages and do RE: to your messages? That's going to be a good start if you're going to be a regular user on here. Trust me, I know.

As you said external linking is not forbidden at the Wikia, but it is restricted to only Userpages and Blog Posts. Sometime ago a great deal with external linking of website, images etc, lead to them be reduced to only be used for personal purposes, and almost NEVER used on Main Articles. Often, bloggers try to source themselves here (ex:Riyita). About Wikipedia, the website can be sourced, but only for Real-Life information, on pages like Kermit the Frog or Brady.

There is no policy for it. It's an inside term of this Wikia.—Preceding unsigned comment added by P.H. CP (talk • contribs • edit count)

Hi, I deleted the page for you. Thank you for helping out with the wiki!

Hi. My reason for putting a Delete tag there is that i'm trying to make a GIF file from the Adoption process and add it to the Gold Mine article, instead of adding static images to a sub-page. If i become unable to do it, i will remove the tag. P.H. CP (talk) 17:01, November 21, 2015 (UTC)

Greatferaltr was pointing out that obvious IF you were Roger. I was being sarcastic and criticizing him saying something stupid... I said IF you were Roger. I never referred you to Roger exactly. I don't even know who Roger even is... I just came here and the other day somebody said stuff about Roger and you, then someone told me more about him.... I never stated you were Roger.

Retrieved from "https://clubpenguin.fandom.com/wiki/User_talk:Memmon?oldid=1672753"
Community content is available under CC-BY-SA unless otherwise noted.