Hi Penguin-Pal,
I will be away from the wiki for one week. I am leaving the morning of Saturday August 16 and I'm returning August 23. I won't be editing in that time AT ALL or coming on chat so please don't demote me, I'm just on vacation thanks!!
Your friend,

JWPengie; My Puffle and I! :D

I would like to make a report about HowADerpDerp and his behaviour on chat, here is a list of things he did:

Please do something about this

Can you add {{JWPengieVacationNotice}} on my userpage because it's protected, I don't need you to remove it after.

JWPengie; My Puffle and I! :D

Just to let ya know, ill be more active. School's been a pain :P

Whenever I try to get a HQ image of Rockhopper in-game, his image does not show up at the right position. Do you know why? I used your item1 and whatsoever trick XP.

Look at what I obtain:

Look at his beard, it is not at its correct position. Know why?

How do I archive my talk page? Just for future reference when it gets kinda full. Thanks,

this guy used my one of my images without my permission, can I remove it? You can remove it if you like, since I have to sleep soon since it's 1:23AM where I am.
Mariocart25

Hey P-P I just wanna ask you what's Your CP Name because I need to add you.

there should be a toontown club penguin crossover

I Did Not Mean To Swear...Plz Ban me

User:Wolf-gangs gave me a tutorial for making high-quality player card and in-game images. The tutorial is here. I need help with steps 1 and 2. I should be able to the other steps by myself. Anyway, back to step 1. I need to download these SWF files: http://archives.clubpenguinwiki.info/wiki/File:Player_card.swf and http://archives.clubpenguinwiki.info/wiki/File:In-game.swf . I don't know how to download them. For step 2, I also don't know how to download those. Help would be appreciated. Thank you,

I'm having trouble with the final step. "5 images will be uploaded and two or three will involve the penguin wearing that item." How long should it actually take for the renderer to upload the images? Because I'm not getting the images. Thanks,

What am i doing wrong??

I have a few more questions, because I can't find out what I'm doing wrong. First, will Kurst stop rendering by itself, or do I have to stop it? Second, in the tutorial, it says to change frame rate to "1". Is that right or wrong? Also, I'm using the paper SWFs for player card. What else could I be doing wrong? Thank you so much,

Hey, it's still not working for me. More help would be awesome. Also, when Kurst stops, will anything pop up or will it tell me?

Thanks for the tutorial, it worked perfectly. Here is my finished work (click for full size): 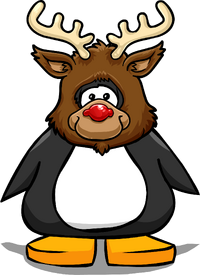 Sorry about all the trouble. Thanks.

I tried doing an SWF of a room, and i did it sucessully. (Yay!) I wanted to know how to get SWFs of a room during a party.

Just a quick question... Did you block my PM's on chat since I wanted to ask something but it appears as like you have blocked them.

May i ask you?

Hi Penguin-Pal! SethCP was being mean lately. First, on a thread, he was being mean and not letting others use creative names (he uses real names like Jeremy). Here is my proof: Thread:420808. In the thread, go at the bottom of the page and read the comments until SethCP says: i cant take this anymore. just give me more 6 lettered names. Second, on a thread, SethCP had an argument with OrangePuffle and me. Also, in the thread, TheNintendoKing said Seth broke the threatening policy because Seth told me "do it or else". Here is my proof: Thread:416822. Again, go to the bottom and read the comments until OrangePuffle says: Ur not a penguin. Finally, one time Seth spammed by saying :| when we were trying to joke about some stuff on chat. Also, today on chat, Seth spammed again and he just got a warning from us. We also had an argument with Seth, me, OrangePuffle (sort of), TNK and others. I don't have proof of that since I couldn't find the chat logs for today. Can you update it?

Hey, I have a quick question.

How can I actually obtain an SWF link to images like these?: 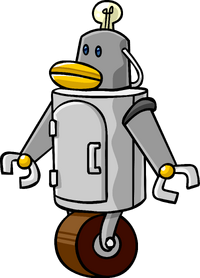 (Free item stand, or this robot in the gadget room)

I just wanted to know how to obtain an image like these. Thanks,

Thanks for doing the honors of promoting me. I'm really excited to have one, and I plan to stay for a long time.

Next time I see you on chat, I'll ask some detailed questions about how the system has changed since my last stint as admin. I look forward to working with you and the rest of the administrator team.

Thank you for the congratulations! I should say congrats to you as well for over 45,000 edits. >:O

I have a question about the Player Card and In-game images. When I generate images for large items, the top of it will get cut off. Here's an example:

Do you know how I can fix this?

and also a hd sprite of the snowman puffle. as my swfs will not work plz help if willing to help plz send it to my talk page thank u so much oh and can they be png files thanks

could u plz do a in gam sprite of the snow man puffle thanks and also could u maby make a custom image for me like a non blurry imge of what i gave u plz plz plz i really need it im alright with custom but can u try to make it like an in game sprite thanks.

am i alowwed to post this photo of a possible cat puffle sprite that i made with cat puffle rumor pics all put together because the nintendo king says i cant is he and administrator.

Ok thanks i under stand now.

You gave me a message a while ago, and I have one question. I'm kinda confused about extracting the images from Trillix. How do I extract the image that I want? Like, how do I select it?

hi i was wondering if any of these are releaced because on one of them it says it is releace but i dont think it is plz rlply. here is the list (all puffle hats) Rainbow Fro Turquoise Toque Knight Helmet (Puffle Hat) Shock of Hair Wizard Hat (Puffle Hat) The Master Hat First Mate Bandana Ninja Mask (Puffle Hat) Peter879 (talk) 13:40, September 3, 2014 (UTC)

I recently saw people doing wiki updates in the blog post areas, I was wondering if I can do one next time. Can you schedule me for some day? Can I do a update more than once?

I wanted to report a possible error in the Recent Activity section. You see, this wiki should all be in English (notice the should). However, I've recently noticed some bits of the wiki that, last time I checked, were in English but that, for some reason, are now in Catalan. Here's an image:

As you can see, the parts where it tells the user what changed in a specific page and when are now in Catalan. I'd like to ask, is this an accident, made on purpose by an admin, or a vandalism made by someone?

Thank you for listening.

Hello, sir/ma'am (could not [or I'm to lazy to] find any sexual reference to your gender :/). I was wondering if you could help out on improving the appearance of the Wings of Fire Wikis. If you're interested, please click here.

May I be a cm? Just asking.

I noticed that we could upload wiki backgrounds with file sizes of over 150 KB now, so I replaced our old JPG background with a high quality PNG version. What do you think? :D

On the 4th, I was promoted to rollback. I know I should revert vandalism and stuff like that, but what other kinds of edits should I revert? Thanks,

Hi P-P
Real Slash came on chat earlier and started spamming gibberish and got kicked by Phineas99cp. He came back on and asked if he should do it again, ppl said no but he didn't listen and started flooding again. I think he deserves a block for this.
Thx for listening.

Hi P-P
There was a user called April Faye O'Neil who was banned from chat forever for being a 'sockpuppet', if they're a sock then they should be blocked! I would like to request this user to be blocked as they are actually a sockpuppet unless there is proof that they are not....

And yes my signature looks like Kallie Jo's :P

Ok thanks for the reminder =]

I steal your cake! Problem?

I think that we should archive the release date of every Penguin Style catalog, so that it will be easier when dealing with the item pages. They are also useful for readers.

So whatever happened to this? XD

Cool, thanks for taking care of it.

Hi P-P
I would like to nominate Jess0426 for the demotion project
Reason: He's always on chat but he's always away and never talks and is only active on the wiki itself.

On behalf of Jess i think shurow should be nominated because he hasn't been active for almost 4 weeks straight so i think he should aswell. Though it's you're choice.

http://clubpenguin.wikia.com/wiki/WHOLE_Interface?action=history - If you check this history someone created a page that was not really relevant. I think put the page on candidate for deletion. He then added to the page swearing which therefore means he will need a 3 block and maybe an offense block for vandalism. Later in the end I got Miron to delete the page. I wish I could of deleted it would of made life easier. Anyways just letting you kmnow :P

http://clubpenguin.wikia.com/wiki/Special:Contributions/Blue_Flash99 - Also check this users contributions as he has also been making bad edits that I have reverted. I have reverted quite alot of edits today because of some silly things people do. :P 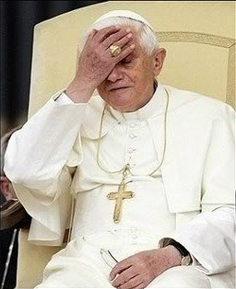 I too have noticed that it is often difficult to assign color categories to backgrounds. It is for that reason that I am limiting myself and only assigning such categories to backgrounds where the vast majority of the space is taken up by one color, such as the Ocean Background. In the instances that feature, as you say, "too many colors", I try not to add the color categories. I would advise that you also talk to Watatsuki, as he/she is in charge of this project and I am only assisting.

I was wondering if I could submit a background for the wiki, as the School & Skate party has begun. Below is the background I created ;).

Hello, Penguin-Pal, my dear best friend! I need ur help in this! I want to do a CPW countdown to the epic game known to all as Super Smash Bros. for the 3DS! Can you please help me? Please spread this to the other admins so they know! Thank you, Dear Penguini-Pal!

I will put that on, but I was wanting each day, someone would say how many more days until SSB3DS comes out. Makes sense? If not, I can explain into more detail if you would like.

Retrieved from "https://clubpenguin.fandom.com/wiki/User_talk:Penguin-Pal/Archive_57?oldid=1650619"
Community content is available under CC-BY-SA unless otherwise noted.