Just wanted to let you know that your recent vote has passed. As such, you may make the changes you see fit regarding the use of the DisambigMessage Template on articles. I see that the template page also explains when to use the template, but feel free to clarify that in accordance with your vote if you wish.

The vote doesn't mention any specifics, which is why I voted against it in the first place. Even some of the supporters expressed concern that the vote was unspecific, and the other supporters likely voted for it without really giving much thought to it. If you have any ideas for how such a vague vote can be implemented, please let me know.

P-P pls I need your help again, work your magic and make the and make this a much better image. I would but because swfs like to be in Español I have ARRIBA

Hey PP Iam back from my trip to london! Could you Please tell me how to get Music on My Page? Thanks! Regards Pete. 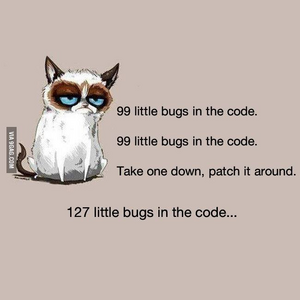 I am surprised you remember Chinese New Year this year, and you're right, you did design this template back in 2012 :P. Anyway, thanks for the kind message, and happy Chinese new year to you too! Kung hey fat choi :) --

Hello there, Penguin-Pal of the Penguin-Pals! That guy named Ifellfromgel has send you a message. He would like to know, if he were to make a wikia page in swf file (I'll start talking in first person from here) then what size should it be? I have some experience with flash, and an interactive userpage would be pretty cool. (A regular one is boring). Oh, and btw I'm probably gonna need some help putting in on mah userpage... Bye!! :D

Yes, sorry it took me such a long time to reply, my friend is a chicken, and he's a fast runneh. Anywayz he said that he wanted to embed a SWF file into my userpage, whatev dat meanz. He wantz to know teh maxximoom size to maek this SWF thingeh.

Wow, i feel honored. I promise i won't reply in your talk page to prevent vandals from finding out about this very important message!
Penguin-Pal (talk) 21:46, February 21, 2015 (UTC)

Hey <insert name here>. Happy (late) New Year 2015! Here's a collage of all the users and characters from CP, CP Wiki, and the CP Spanish Wiki. Try to find yourself! 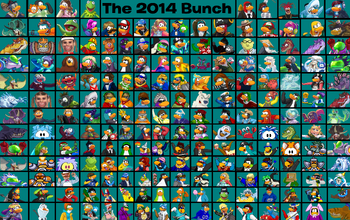 Thanks for the notice! I just realized that I should have checked the swf first before add the bait picture :P

Hey! It's your friend, Eve! Cheese

I would have to say (and I am sure P-P agrees) that SWiX is the best editor. –Watatsuki

Oh wait you said SWiX, lol (all the acronyms are so confusing :P). I totally agree with wata, SWiX is awesome, but JPEXS is also great if you want to easily edit or view scripts. Penguin-Pal (talk) 16:43, February 24, 2015 (UTC)

P-P, I know this is like the eleventeenth time I have asked for an swf but can ya gibe me an swf like this but with a width of 2,052 × 2,042 instead of 2,050 × 2,030, and without a penguin like the blank one you gave me a while ago? Pretty pls? Because I need a Mk II version of the Potatocannon with photo swf functionality and I do not wanna have to spend a million years cropping for every BG photo upload

Not all SWFs are equal

Oh master P-P, I seek your great knowledge and guidance again! This time, I have been pondering something (that I will attempt to put in words)

How does one... say, get different versions of one frame (in Trillix)? For instance, these images you uploaded a while ago here and here are different versions of the sole frame (Frame 0) in the swf. I tried to click the gift while the swf was open in Trillix, and then export and render the frame after altering it, but it instead produced the "base" frame (see here) although I do not know why I thought that would work, it cannot be that simple :( pls help (hope this makes sense)

What if I told you... you can interact with the SWF while it's rendering in Kurst? ( ͡° ͜ʖ ͡°)

^ And here we have the world's first virtual Lenny clock. I never thought I'd see the day. :')

Please explain how the JSON page is licensed under cc-by-sa. It is CP files. Sure we found them and collated them, but that does not mean they are attributed to us. We do not attribute any unreleased, unknown items we find in the files now do we? — Spydar007 (Talk) 15:19, March 2, 2015 (UTC)

No content about CP? Wat? Also, how can I move it to mainspace when the page I'm trying to move it to is already a redirect and the admins hate me too much to delete the page so I can move it? I have been told before by admins to just move the content. It is not licensed under CC-BY-SA. It cannot be. And again, are we now going to license any unreleased, unknown items we find in the files under CC-BY-SA, just because we discovered them? — Spydar007 (Talk) 15:32, March 2, 2015 (UTC)

That's just how wikis are and there isn't much to do about it :3 If you're having troubles renaming pages, you can always contact an admin. Contacting an admin doesn't require being very good friends with them. Penguin-Pal (talk) 15:41, March 2, 2015 (UTC)

"just how wikis are". It isn't really about that. It's about the fact that you can't license content as your own when you didn't even create it. All we've done is collate it into one article. No where on the page does it say that it is licensed under anything. Additionally, contacting an admin DOES require being friends with them (apparently). I'm always being told different things due to the fact that I am hated here. — Spydar007 (Talk) 15:55, March 2, 2015 (UTC)

That's a form of plagiarism, since the content of this article (or in this case, project page) was created by others. Even though the cp staff members are the ones who write the JSON files, someone has already made the effort to collect the list of files, and it's still a wiki content, and should be treated this way. Same as someone can write an entire article just based on data from JSON files, and someone else can't copy that article and claim that he can since it's an available information anyway. Anyway, lets end this argument here- i don't see a point on keeping it.
Penguin-Pal (talk) 16:06, March 2, 2015 (UTC)

I didn't know u were a chat mod still!

Spydar, I left this message on your talk page last week: "... I noticed that your old signature pages are still embedded on many talk pages and blog comments, so you may want to ask Penguin-Pal or Vicyorus to use their bots to do a text replacement with your current signature." It has been over a week and nothing was done to fix it, so I went ahead and asked Penguin-Pal. Also, not having the Wiki Activity spammed with those edits is a nice bonus.

All right, thank you for taking care of it.

Happy St. Patricks Day and maybe if you are lucky you will find a rainbow with a pot of gold!! 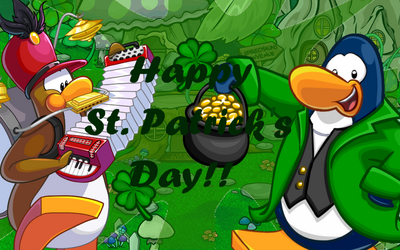 Work for a bot

Ey, P-P, I need some bot assistance. Ya see, the dealio is, I want to make pin icons in infoboxes uniform and around the same size, and for the most part, I have been adding imagesize= x155px to most infoboxes of pin pages, and adjusting size if the pin has much more width than height to it. However, as I am not adding NIOL anymore as all pin pages have the table now, I am more or less just adding the imagesize parameter and removing the "free items" category (pretty silly to have for pins, ya think? most of them are free)

So, if internet is not a problem (sadclown) could ya please add "|imagesize= x155px" to where they should go in templates for pin pages? I am sure that is within the realm of possibility. (if a pin has much more width than height, I will just alter it myself as seen fit manually)

Okie, i've updated the file, so it now also includes the orange version. As for the size, since it's in SVG, you can open wikia's PNG thumb of the file and increase the width parameter (like here).
Penguin-Pal (talk) 16:49, March 18, 2015 (UTC)

The magazines cannot be bought, and so the items are no longer available. Almost all of the codes will have been used, so even if someone was to buy one off of eBay, it's highly unlikely that the items could be obtained. Once the issues are taken off of official sale, those items are no longer available. — Spydar007 (Talk) 18:42, March 20, 2015 (UTC)

No 10-hour YouTube version, but here's a link to the SWF in case you're interested. XD It doesn't loop though, unfortunately.

May you please add generators for safe chat messages and jokes and generate them in the same table format as seen on party articles? Also, it seems we may have a problem on the List of Safe Chat Messages article. It's just displaying "undefined" x4752 times for me, and none of the buttons do anything. Halp. ヽ( ͡• ͜ ʖ ͡• )ﾉ

It makes no difference. I have tried multiple item over the past 4 days. None work. Kurst just creates an empty folder (and yes all the content scale and frame rate and evreything is correct). The Quick Drop just doesn't work (and indecently, Kurst just outputs black pngs if I don't do anything to the items). — Spydar007 (Talk) 17:41, March 29, 2015 (UTC)

Well, if the interface load to you, could you still link to an example for a file which doesn't work please? It is possible that there are no logic cases for some of the source's markup. It's also important to make sure that the entire code was copied both during the drop & copy, and when pasting to SWiX, it's recommended to delete the old content before pasting the new one, just to make sure that it went well.
However, try first to press Ctrl+Enter before saving the file, for preview mode- in some versions of SWiX it's essential for saving.
Penguin-Pal (talk) 17:48, March 29, 2015 (UTC)

Wow, it's even better than I expected! Thank you! ( ͡

Darn it i was about to sleep after replying to someone in the CC and then saw this message and then pressed that link and then *stops to breath* that reminds me of the time i've The Ring i wont be able to sleep ever again thank you and have a good one. Penguin-Pal (talk) 20:31, March 29, 2015 (UTC)

"that reminds me of the time i've The Ring"

P-P, you do a great job, but I can't understand what you're trying to say sometimes. Get some sleep pls. XD Have a good night.

Yes. I am asking for Chat username changing thing as in Club Penguin wiki April Fools 2015! What is the working way to change my username without using contact? --~ MAWILE IS LOVE, MAWILE IS LIFE (Talk) 22:50, March 31, 2015 (UTC)

Retrieved from "https://clubpenguin.fandom.com/wiki/User_talk:Penguin-Pal/Archive_61?oldid=1573651"
Community content is available under CC-BY-SA unless otherwise noted.