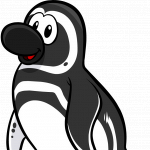 Welcome to the CPW! We hope you have a wonderful time here!

BTW, Taco, I beecame stronger, and fought people who seemed strong to train myself. Blizzard was first level, now I'm on Abominable level. Hope I can fight you to test my skill. :3

Taco, I wanna train more. But, you seem to log on Club Penguin after midnight. If you come on at a later time, or if you're on vacation, lemme now. You said if I want to fight someone, fight you. I've been so patient, and now I finally tick.

P.S. I might just call you Ash instead of Taco (Ash Ketchum, Ashton, lol)

Retrieved from "https://clubpenguin.fandom.com/wiki/User_talk:Taco_Ovalord?oldid=1421977"
Community content is available under CC-BY-SA unless otherwise noted.