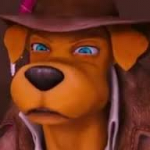 Hi Thomas,
First of all, i am sorrt for reverting your edits. I removed them as they were not correct/inaccurate:

you Had Added this Line on Trivia of The EPF Rebuild

After this event, you could no longer move your cursor over the letters E, P, and F, on the sign, where they would then be highlighted.

What is the mean of This

Hi Thomas. Thanks for contacting me. Trust me, mascot finding was very difficult, I've been playing CP for over 4 years now, so I've had a lot of time to look for them! I find it easiest to use the dates and times provided by CP for tracking mascots.

Hi Thomas,
I think that most people that hate pookies and want them to disappear are just wasting their time :P
Penguin-Pal (talk) 04:57, July 26, 2013 (UTC)

I'm sorry. I just have a terrible history with pookies and it's left me wanting most to just go away. And about the Sandbox thing, that's not entirely true. Sandbox games have truly infinite content. Spore, or Minecraft, for example. Club Penguin's gonna die off eventually, so it won't be updated. Therefore, it is not a sandbox. I like that you don't yell at me for not liking pookies, and stating what you think honestly.

Hi Thomas. Yes I understand perfectly and thanks for your message. However, I will stop insulting Pookies if the Pookies don't insult me. Pookies were the "bullies" for me before, now I am a "Pookie Hater" because of it. Yes I am sorry if I have ever insulted you and many other pookies. Most of the time if I do that, it is so you "save" yourselves because later it might be too late...There isn't anything else I can do so the only thing left is to leave it like this...

Phineas99; May the force be with you!

Honestly, you're one of the most respectable people I've ever met. You're honest, you're polite, and you don't immediately yell at someone for having a different opinion. I wouldn't be surprised if other people respect you. :)

I probably respect you the most out of all the users on this wiki. Not lying in the slightest. You're polite, and you know that you can't change peoples' opinions. I have never met anyone else who knows that they can't change another's opinion. EVER.

Hi Thomas,
I am not quite sure what you mean, but i assume it's not the profile header information and user avatar as you already have them modified. If you talk about user profile templates, you are most likely looking for {{Userbox}}-based templates that you might want.
Sorry for not quite understanding your message, but if you have a mroe specific question, feel free to ask.
Penguin-Pal (talk) 14:13, August 15, 2013 (UTC)

Hey Thomas it's Puffle Dude and you're right, I shouldn't have said what I said on the pookie page. I wasn't trying to make us look evil, I was just stating my opinion. Some pookies are nice and friendly, I have met them myself. I have also been bullied by pookies, which makes a part of me permanently anti pookie. I tend to be very vocal saying (or writing) my opinions about pookies, which is why I wrote what I did. I'll try and keep my opinions to myself and focuse more on facts next time. Also, your blog looks very interesting. I'll keep what you said in mind.

Hi Thomas,
Thanks for your message. If i see ew pookie templates, i'll consider merging them with existing ones, and perhaps will merge existing some existing pookie templates at some point.
Penguin-Pal (talk) 06:47, September 4, 2013 (UTC)

What makes you think that? I'm not against anything on this wiki, really. I just want to see what's going on without having to pay money. I don't like CP anymore because of the simple stupidity that I normally see. HOWEVER, I still like the wiki and the people in it, for the most part.

Retrieved from "https://clubpenguin.fandom.com/wiki/User_talk:Thomas_D._Coyote?oldid=1195942"
Community content is available under CC-BY-SA unless otherwise noted.