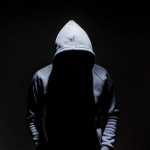 well Wrath Warrior, this wiki you are currently viewing is the older one, created back in 2006, and has been running ever since

in late 2010, Wikia (now known as Fandom Powered by Wikia) rolled out a new theme, which is still in use to this day- this theme was mandatory, prompting users from wikis to be upset, not liking the change, so these wiki users (forming an [http://awa.shoutwiki.com/wiki/Anti-Wikia_Alliance "anti-wikia alliance"), including folks from this one, moved over to their own independent wikis, and this was so common, Wikia staff even supported fully copying over all content from the old wikis to the new ones to base their continuation off of

what happened to each old and new wiki varies, but for this one it was kind of left to die after the "new" one (http://www.clubpenguinwiki.info) was created (users that moved even wanted to have this one deleted, but Wikia staff refused, saying a wiki would need to be completely inactive for a long time to be deleted), but in early/mid 2011 this wiki was resurrected

in a twist of fate and perhaps cruel irony, in mid 2015, the "new" wiki started to heavily decline in activity, and by the end of 2016 it was practically dead, as it remains to this day, save for a ton of random account creations and the occasional vandal

meanwhile, this wiki continued for years with activity, even now to a small extent, despite the club penguin franchise having ended half year ago

...history lesson aside, yeah, this wiki here is the "older" one of the two

Retrieved from "https://clubpenguin.fandom.com/wiki/User_talk:Wrath_Warrior?oldid=1891492"
Community content is available under CC-BY-SA unless otherwise noted.