Vampire was a transformation, a creature and a Monster for the Halloween Party 2013. They were pale grey penguins with a significantly more white belly and beak. Bat-like wings sprout from their shoulders and remain in a position for walking (not in a take-off stance). They had slightly red eyes with black pupils (Green sweet) green eyes with black pupils (Blue sweet) and Purple eyes and black pupils (Brown sweet). At the Halloween Party 2016 members were able to transform into them by using the Monster Maker 3000. 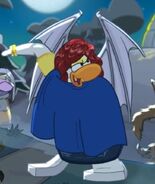 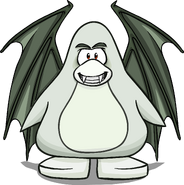 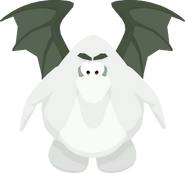 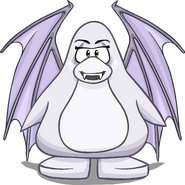 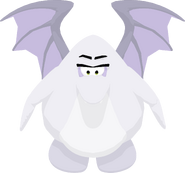 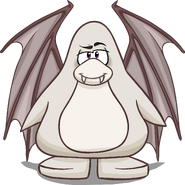 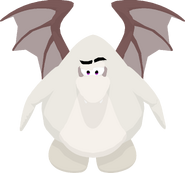