The Whistle (originally called Lifeguard Whistle) was a rare neck item in Club Penguin. All players could obtain it for free at the Beach during Summer Party, or the Forest during the Cove Opening Party. It could also have been unlocked from series 8 or 9 of the Treasure Book. 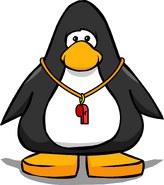 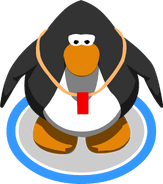 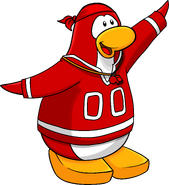 As seen on the Join Team Red postcard, along with the Pirate Bandana and Red Hockey Jersey 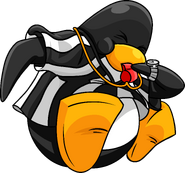 As seen in series 7 of the Treasure Book, along with the Referee Jersey and Silver Watch 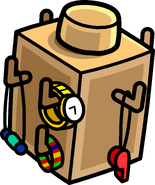 As seen on the spinning rack in the Clothes Shop, along with the Jade Necklace, Gold Wristwatch, and Friendship Bracelet
Add a photo to this gallery

Retrieved from "https://clubpenguin.fandom.com/wiki/Whistle?oldid=1913500"
Community content is available under CC-BY-SA unless otherwise noted.