The Yellow Unicorn Puffle is a Puffle Creature. It was available from the Puffle Wild app for iOS devices. In the application it could be adopted after popping 50 of each yellow and white O'Berries on the bonus level after cleaning level 34 of Wild Woods. It can also be adopted in The Wilds. 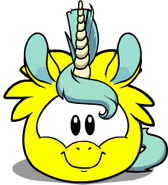 A Yellow Unicorn Puffle jumping with its mouth open 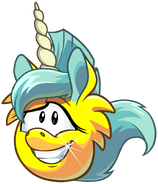 As seen in SoundStudio Party ad

As seen in Puffle Wild ad 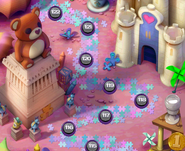 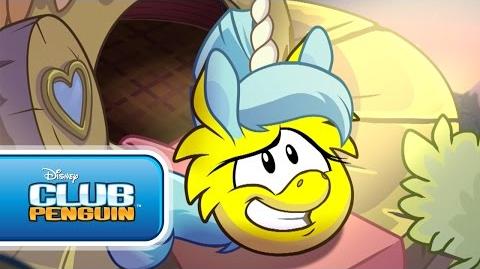