Zombie Zingers were a type of Spectral Sweets in Club Penguin during the Halloween Party 2013. Only members could eat this candy. If eaten, the player would turn into a Zombie.

As revealed by Rookie at the beginning of the Halloween Party 2013, Rookie ordered these sweets along with Full Moon Fireballs and Fang Fudgies from the spectral sweets company.

The sweets have the ability to turn a penguin into a zombie. As zombies, penguins were classed as 'undead' and had special actions such as breaking through the earth with ghosts (dance) and transforming further (wave). 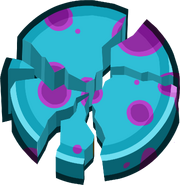 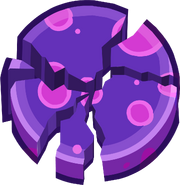 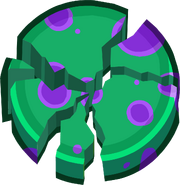 The green variant
Add a photo to this gallery
Retrieved from "https://clubpenguin.fandom.com/wiki/Zombie_Zingers?oldid=1879396"
Community content is available under CC-BY-SA unless otherwise noted.